skip to main | skip to sidebar

Robert Cecil has a fit about non-payment of import fees

"Whitehall, April 7, 1609: the Earl of Salisbury (Robert Cecil, High Steward of Exeter) informs the Mayor that His Majesty's Grocer has complained that the merchants of Exeter bringing fruits and other grocery wares into the port and creeks therunto adjoining do refuse to pay for these commodities that composition which is due to His Majesty for the provision and service of his household. He therefore desires the Mayor to enquire into the matter and report to him the names of those who persist in refusing."

The city of Exeter Letters and other papers
http://www.british-history.ac.uk/report.aspx?compid=67118

"On the evening of April 7, 1609 the first British ship ever to visit Yemen came to anchor outside the port of Aden. Of course the English had heard stories of this great port, thick with freighters and junks which tramped the coasts of India bringing exotic goods from the East to be exchanged for European commodities like woollens, leathers, tin and iron, brought down from Suez by ship or caravan. But, to the surprise of the men aboard the Ascension, the historic harbour of Aden was curiously deserted, except for a few Gujarati vessels; and the city, itself, what they could see of it, seemed run-down and seedy as if the businessmen had all gone elsewhere and the place had been left to rot.

The following day, the ship's cargo of cloth and metal was purchased for the Pasha and brought to shore accompanied by several of the ship's merchant representatives, two men named Jourdain and Revett, who were sent to settle the accounts.

Anxious to find out about the nature of this thriving commerce, Jourdain - adept in the art of commercial espionage - quickly located some likely informants and exchanged a few worthless goods for information. He was told that the mountain was named Nasmarde and that it was a very special place. For on this mountain grew most of the qahwa (which Jourdain heard as "cohoo") that was shipped throughout all the lands controlled by the Turks and to the far reaches of the Indies.

What Jourdain and Revett had stumbled upon that day was Yemen's coffee mountain - the produce of which, by then, had become more valuable than gold (at least for those who had been seduced by this exotic substance). Though coffee had yet to make its entry into Europe, by 1610, the year these stalwarts from the East India Company arrived, it had become one of the most important commodities in the Turkish Empire.

Taylor, Thomas, 1576-1632.
"The beavvties of Beth-el. Containing: sundry reasons why euery Christian ought to account one day in the courtes of God, better then a thousand besides. Preached in Cambridge, and now published especially for the benefite of those that were the hearers."
At London : Printed by G. Eld, for Thomas Man, and are to be sold at his shop in Pater-noster-row, at the signe of the Talbot, 1609.
Stationer’s Register: Entered to T. Man, sen., and J. Man April 7, 1609"

George Eld would go on to print Shake-speare's Sonnets a month later.
Posted by Robert Sean Brazil at 4:54 PM 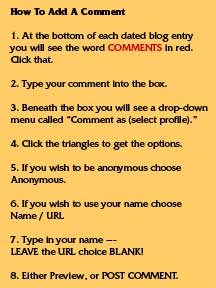 Robert Sean Brazil
R. S. Brazil has been studying and writing about the Renaissance in England for the past 30 years. robertbrazil @ juno.com [remove the two spaces]